ArcPrep introduces high school juniors from Detroit Public Schools (DPS) to the multi-faceted discipline of architecture. For the second year, students enrolled from Cass Technical High School, Detroit School of Arts, and Western International High School take an immersive, semester-long college preparatory course on architecture, urbanism and integrated design studio practices. Henry Ford High School is also participating in the program for the first time this year. Students are bused to and from their high school to the facility during the school day to attend the program. ​

"Buildings are an important measure of civilizations and cultures, and I believe that a lack of diversity in the profession is bad not only for the field of architecture, but also for society," said Monica Ponce de Leon, Taubman College Dean. "If you have a profession that has no diversity, you end up with buildings representing a very narrow segment of the culture.  Taubman College has had a long-standing tradition of initiatives to increase diversity in the profession and the Architecture Prep Program is the next step in our efforts."

Students take st​udio courses in architecture for high school credit. "Our motivation is to expose high school students to the discipline of architecture, in ways that they would otherwise not be exposed," said Dean Ponce de Leon.​

While opportunity and exposure to architecture are essential components of Michigan Architecture Prep, the program plans to address other areas of concern in the profession.
"Urban space and buildings are perceived by different people differently," says Milton S. F. Curry, Taubman College Associate Dean for Academic Affairs and Strategic Initiatives. “A new generation of diverse designers will help shape the built environment from the perspective of underrepresented minorities and others who have historically been absent from the conversations within academia and in our profession.”

Over the coming years, the program plans to increase​ participation from DPS high schools. The​ effort will go a long way in exposing high school students to architecture as a career while adding to the diversity and creativity of architecture, and our cities, for years to come.

Taubman College is well-positioned to take on this initiative, due to generous alumni and community support, as well a commitment to design and education excellence. The college has the top-ranked master of architecture degree program at a public university.

ArcPrep is made possible with support from U-M’s Taubman College of Architecture and Urban Planning, U-M’s School of Education, DPS and the Museum of Contemporary Art Detroit. Program funding was made possible by the Andrew W. Mellon Foundation, Kresge Foundation and Community Foundation for Southeast Michigan.

​The ​ArcPrep studio is located in a 3,700 square foot space in midtown Detroit and is rented and renovated by Taubman College. The space address is 3901 Woodward Avenue,​ two blocks from U-M’s Detroit Center.​​ 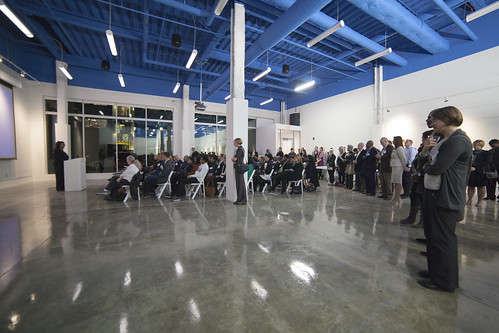 Missy Ablin, Design Fellow
Missy Ablin is continuing in her second year as a Michigan Mellon Design Fellow. She received her Master of Architecture from Taubman College of Architecture + Urban Planning and a BA in Literature from Wesleyan University. Her current research explores the influence of representation, zoning and policy on spaces of cultural production with a focus on emerging practices in Detroit.  Ablin was the 2014 Architect-In-Residence with Flint Public Art Project. Her design work has appeared in Abitare and the New York Times and exhibited in San Francisco, the West Bank, France, Lebanon, New York, Detroit, and Chicago. She has previously worked as an intern at Selldorf Architects in New York, a designer with Akoaki, and as an instructor for two years in Taubman College’s ArcStart summer enrichment program on the Ann Arbor campus. In 2009, Ablin co-founded Emerging Arts Professionals Bay Area and currently acts as an advisor to Arts Leaders Detroit, as an advocacy and policy platform connecting art and architecture practices in Detroit.

Paulina Reyes, Design Fellow
Paulina Reyes graduated with a B.Arch from Carnegie Mellon University in May of 2014. Her thesis focused on the impact of the US/Mexico border fence on bi-national flow, and proposed polemical alternatives to its design. She has spent the past nine months living and researching in Mexico City with the US-sponsored Fulbright Program. Her research both with the Fulbright and the Michigan-Mellon Fellowship centers on the integration of water sustainability in low-income social housing.