Shurui Wu received the AIA Henry Adams Medal, a national recognition annually awarded to the student of highest scholastic standing in each of the participating universities graduate Architecture program.

The AIA Henry Adams Certificate was given to Samantha Okolita for her second highest academic standing in this year’s graduating class.

Salam Rida received the Marian Sarah Parker Memorial Award, an award in memorium of the first University of Michigan woman engineering graduate who then went on to becoming a specialist in the design of the steel-framed skyscraper and helped design revolutionary buildings as New York's Flat Iron Building and the Waldorf Astoria Hotel. The award is made annually to the outstanding woman senior in engineering and to the outstanding woman M.Arch. degree candidate.

The Alpha Rho Chi Bronze Medal was given on behalf of the national architectural fraternity to Tyler Whitney.

For their group M.Arch Thesis project, "Elemental Procedures,” Onur Kamburoglu, Ssu-ing Wu, and Jonathan Yates from Ellie Abrons and Adam Fure's studio section were awarded the 2017 Burton L. Kampner Memorial Award. Established in 1967 by contributions from alumni and friends of Burton L. Kampner, B.Arch.'53, this memorial award is presented annually to one student project in the Master of Architecture Thesis Studio. The selection is made by a jury consisting of the Thesis Studio faculty. Additional Thesis projects, including those listed above, were selected to be displayed in the Taubman College Liberty Gallery (305 W Liberty St.) beginning in late May, 2017: 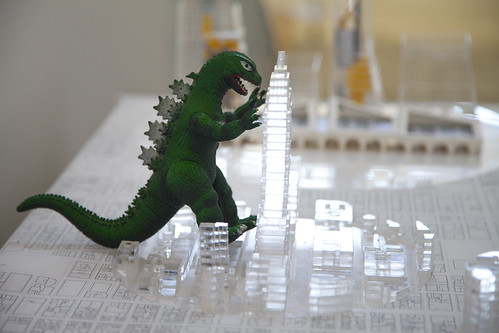 For more information and past winners, please visit: http://taubmancollege.umich.edu/architecture/students/student-awards/master-architecture-awards