Practice Session No. 4 was led by Mark Lee and Anton Schneider of the Los-Angeles based practice Johnston Marklee. The Session, entitled “Bowstring,” asked twenty-four students to develop roof designs for the renovation of a light-industrial building in Culver City, CA currently in Design Development in the office. Guest critics invited to review the work at its conclusion were Penelope Dean (University of Illinois at Chicago), Jonathan Massey (California College of the Arts), and Associate Professor John McMorrough.

Along with Sharon Johnston, Mark Lee is a founding partner of the architecture firm Johnston Marklee. They have taught at major universities including the Harvard Graduate School of Design, Princeton University, the University of California, Los Angeles, the Technical University of Berlin, and ETH Zurich. They have held the Cullinan Chair at Rice University and the Frank Gehry Chair at the University of Toronto. Since its establishment in 1998 in Los Angeles, Johnston Marklee has been recognized nationally and internationally with awards and publications. To date, the firm has been awarded over 30 major awards, and a book on its work, entitled House Is a House Is a House Is a House Is a House, was published by Birkhauser in 2016. This followed a monograph on the firm’s work, published in 2014 by 2G. Projects undertaken by Johnston Marklee are diverse in scale and type, spanning seven countries throughout North and South America, Europe, and Asia. Current projects include the Menil Drawing Institute, on the campus of the Menil Collection, complete in September 2017; a renovation of the Museum of Contemporary Art Chicago, complete in the summer of 2017; and the new UCLA Graduate Art Studios campus in Culver City, California. The firm’s work has been exhibited internationally and is in the permanent collections of the Museum of Modern Art in New York, the Art Institute of Chicago, the Menil Collection, the San Francisco Museum of Modern Art, the Carnegie Museum of Art, and the Architecture Museum of TU Munich. Johnston Marklee are the Artistic Directors for the 2017 Chicago Architecture Biennial. 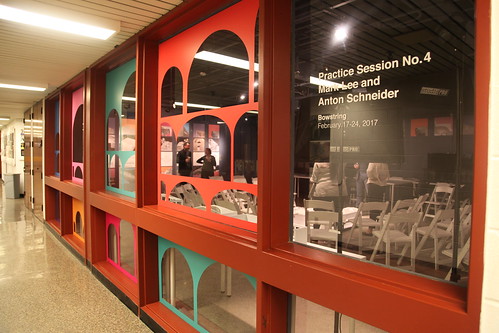